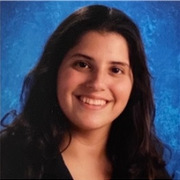 In August 2011, I left the traditional brick and mortar classroom to come work with Dual Diploma students full time. It has been a pleasure to work with students over the years and I am looking forward to many more years in the field of education.