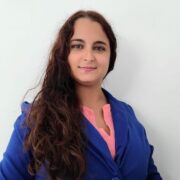 Lietty Roig Aloma was born in Havana, Cuba and immigrated to Miami, Florida at the age of six. She has since fused the two cultures and is a proud Cuban American. In 2016 she earned a Bachelor of Science in Elementary Education from Florida International University while simultaneously earning an English as a Second Language Endorsement. After graduation, Ms. Roig Aloma earned her Social Sciences certification and began teaching middle school students U.S. History, World History, and Civics. In 2019 she earned a Master of Arts in History, concentrated on Military History, from Southern New Hampshire University. She joined the Dual Diploma team in 2021. She enjoys going to the movies, trying new desserts, completing themed escape rooms, painting, reading, and cooking with her grandmother in her spare time.